Sorry for the radio silence, the RaNTrans team have been off on annual leave in August, so it has been nice to take a break from work for a few weeks and be ready to get stuck back in again! No rest for the wicked though as we’ve got a very busy couple of weeks in the diary in September – Monthly and seasonal sampling is happening next week, which involves the collection of seaweed from 10 different areas to assess the biomass as the mat changes and then we also collect sediment and seaweed samples from areas of high, medium and low density areas so we can look at the sediment as well as the benthic community in the mats and in the sediment.

It doesn’t feel that long ago, but we are also out collecting our oysters for the September sampling. This involves collecting oysters from our Ortacs and cages at the two sites in the Solent and then from our cages in Poole. We also have to collect wild pacifics and pick some out of our oyster spa in the aquarium at IMS. We found this little guy (a shanny) in one of the cages yesterday, along with a pipefish, lots of crabs, shrimp and polychaete worms!

That means next week will be a busy week in the lab again, processing about 300 oysters to send off to France for analysis and to suppliers here in the UK for CHN analysis. I’ve also got to do the quarterly reporting and catch up on all the emails I missed when I was on leave…back to it I guess – at least tomorrow I’m in the field collecting our oysters and checking on the nitrate sonde!

That’s all we’ve got this week for you, but once we have got some data back from the oysters and finished in the lab, I’ll be able to update you more. Is there anything else you’d like to know about? 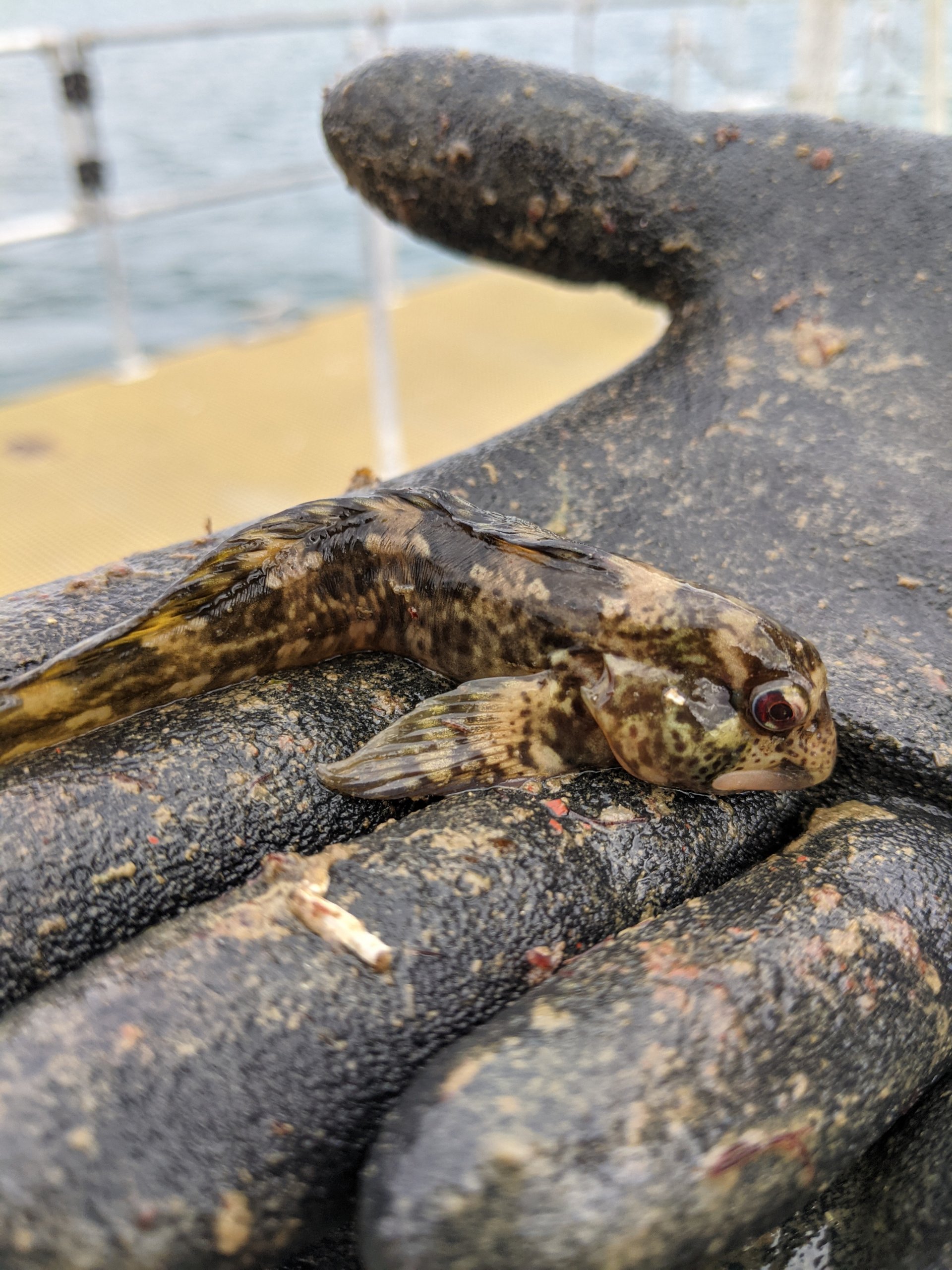