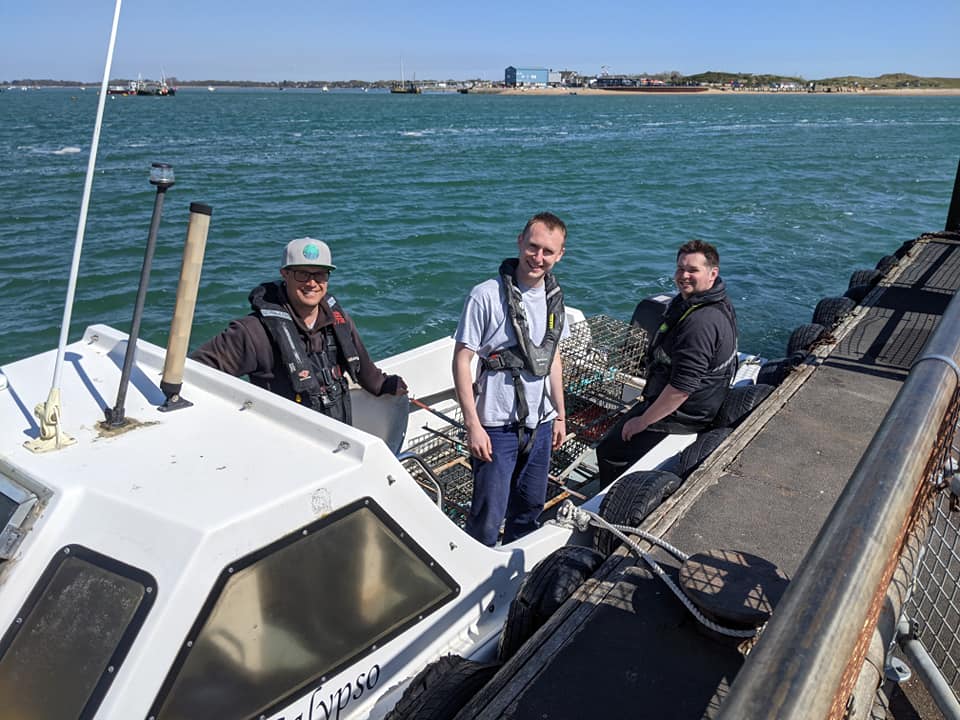 The team in Portsmouth and Bournemouth have been busy since you last heard from us: 4736 oysters individually labelled, weighed and measured and deployed into seven treatments across two counties!

It’s been a pretty intense couple of months getting everything into place that was planned, and we couldn’t have done it without everyones’ help, but they are all in and we can’t wait to see what we find.

Samples will be taken every other month to monitor oyster growth in different culture methods as well as different reproductive stages. 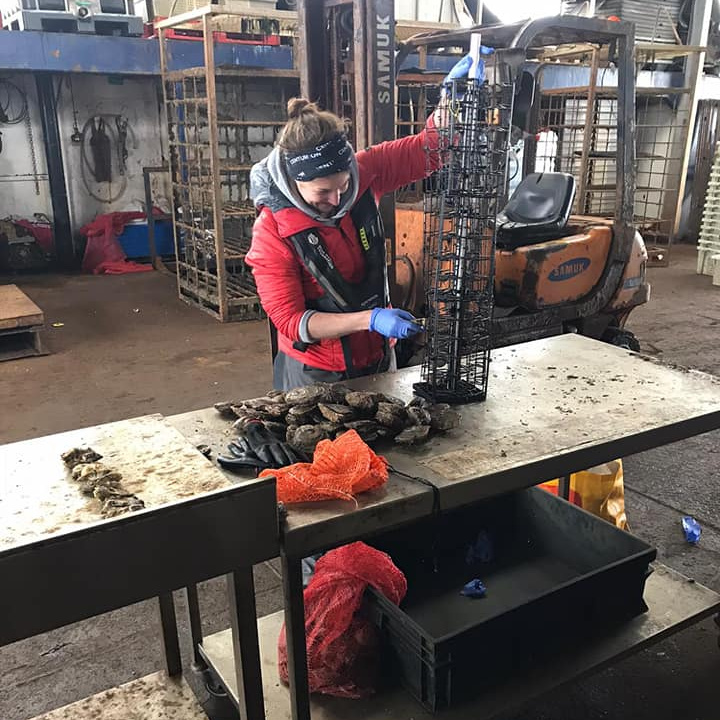 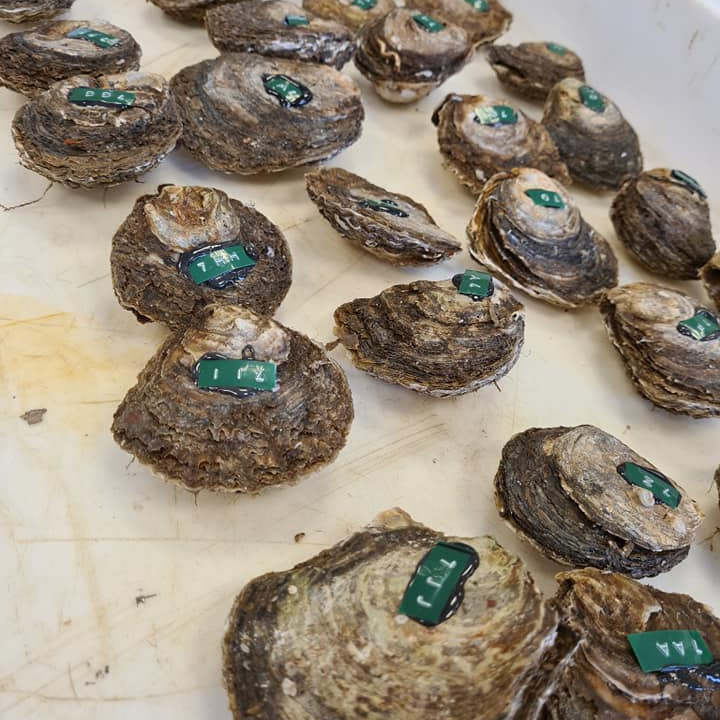 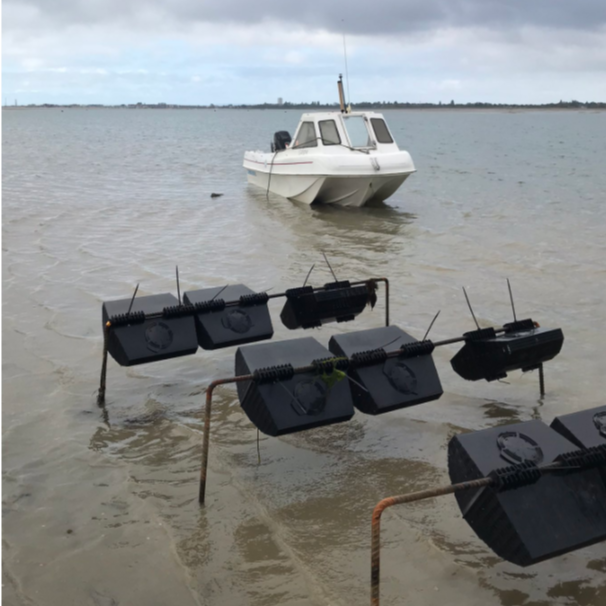 The novel methods of these trials are aimed at providing multiple benefits, which includes reduced growth-time mortalities due to reduced inter-locking and curving of oysters’ shells, which prevents closing and drying-out. Reduced biofouling is also a further benefit.

We hope to provide data on the growth, fecundity, survival rates and levels of CHN (Carbon, Hydrogen, Nitrogen) illustrating the potential of oysters as nutrient and carbon, bio-remediator.

The return of the algae 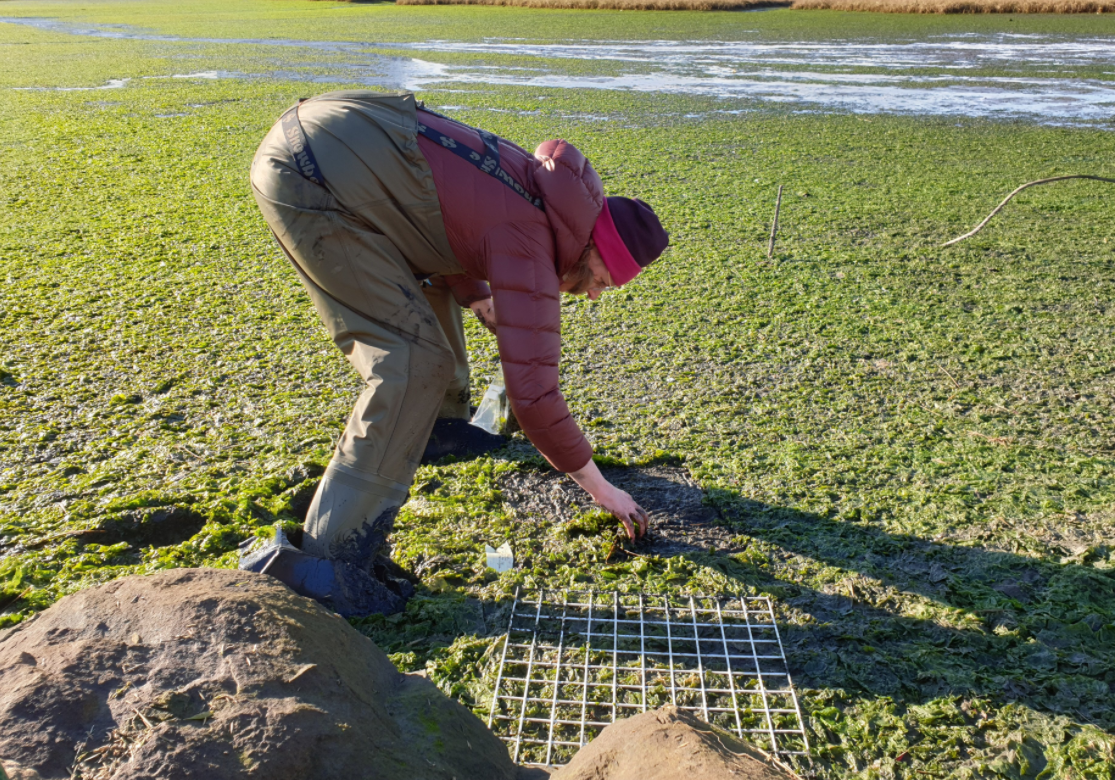 Since going out on-site in both the UK and France, we are noticing that the weed is returning a little later than usual. This has helped with our planning for the mechanical removal of the mats in the four sites (two in the UK, two in France). Our hope is that we will be starting this part of the project in July.

These algae deposits mainly consist of the species, Ulva spp. (in filamentous or blade form), the biomass of which increases from early spring through to late summer. There are several causes to these algal blooms, however they are mainly caused by anthropogenic inputs: agricultural run-off, industrial and sewage effluent and increases in sea temperate.

We are interested to see if the mechanical removal will allow for a long term improvement to the local environment, a change to the macrofaunal communities and a potential increase in the number of birds using the mudflats as a feeding ground with less obstructions to their activities. Potentially also improving the publics perception and enjoyment of these coastal environments.

Not wanting to waste the algae that is removed we also hope to look at the potential of converting these green algal mats once cleared, into animal feed, thereby, ensuring their is minimal waste.

Annesia, from Bournemouth University, found a company who specialise in genetic seaweed analysis. Samples from our seasonal field work are washed, cleaned, freeze dried and then sent to them for analysis. So far we have found that the majority of the mats in the spring samples were filamentous green algae from the Chaetomorpha genus: Chaetomorpha Linum and Chaetomorpha Ligustica.