What a week! Storm Eunice, battered north-western European on Friday with record winds of up to 122 miles per hour. Storm Eunice, which brewed in the central Atlantic and was spun up from the Azores towards Europe by the jet stream, posed a danger to life, with thousands of homes without power and damaged, and sadly several people losing their lives. The thoughts of all on the team are with their families.

The RaNTrans project itself didn’t get away unscathed, the team at University of Portsmouth headed out today to look at the deployed experiments out in the harbour to see if anything had been lost. Luckily the oysters seemed to have survived the worst of it, and luckily the measures we had put in place to prevent losses during storm events seemed to have worked.

Our nitrate sonde, however, was not so lucky. The sonde itself and solar panel managed to just survive the full force of Eunice, but the case with the power unit and attachments has been lost. Not even the chains used were able to stand up to the ferocity of the storm. Work is now underway to repair the equipment and get it operational again. Fortunately, it did download data up until 12pm on the day of the storm so at least we managed to get some data in amongst the chaos! The sonde box wasn’t the only thing that was effected, a number of boats came off their mooring and some had even been flipped over!

On that note, if anyone finds a black plastic case around Langstone harbour, please get in touch with our team. Either emailing Andrew.vanderschatteolivier@port.ac.uk or zoe.morrall@port.ac.uk. 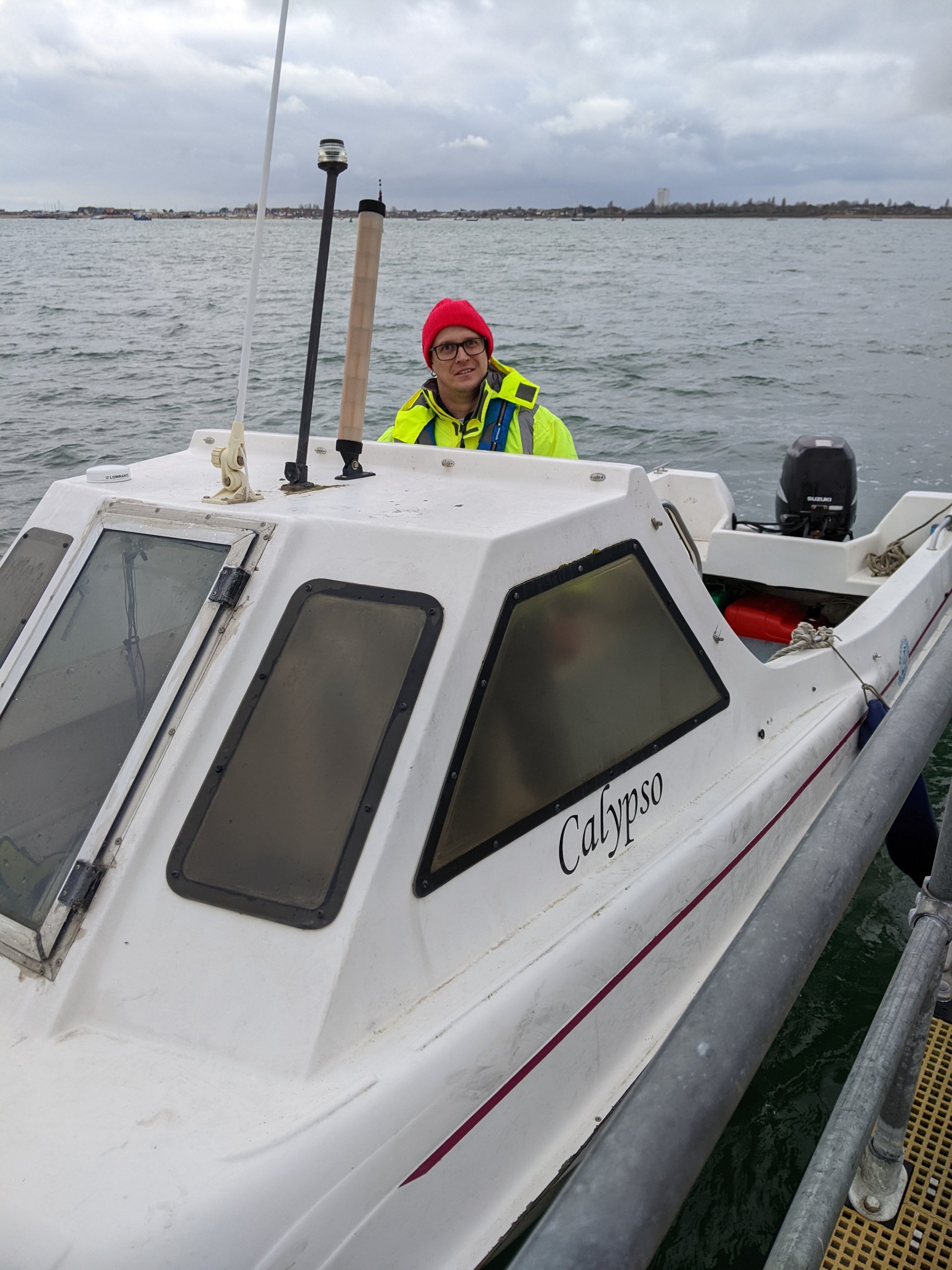