Hello again! Today has been the first day I have been in the office this week so it’s why I’m only writing the blog today – an added bonus of my job is that I get to spend a lot of time in the field or lab so every week is different, which is what I hope this blog shows too.   Most days I have been back to the River Hamble where one of our nitrate sensors are located. We’ve had some teething problems so we have been problem solving on the go. Unfortunately, technology and salt water don’t mix and some had got into the power system which meant that the solar panel was working but wasn’t powering the sonde – or so we thought! The mystery continues.

The other downside of keeping bits of kit in the shallow waters rather than the deep sea is the amount of fouling that happens on the kit. The sonde had only been in 3 weeks and was absolutely covered in bryozoans, barnacles,  sponges and Caprellidae (They are a family of amphipods commonly known as skeleton shrimps), the whole thing was crawling!  After a quick clean and data download, it is ready to go back in next week with the help of the Harbour Master and his boat in Langstone. We hope to share some data with you soon.

As well as the nitrate sondes, we’ve also collected data on our water quality sondes which are in a couple of locations from Langstone to Hamble. This information is so important for our work and we can build up a really great picture of what is going on in the Solent. The other partners who are working on the algal mat part of the project (CEVA, UCN and Bournemouth) also have the same sondes so we have some great coverage from both sides of the channel.

Work has also continued in the lab processing oysters to send to UCN in France for reproductive analysis. We are nearly there which is good – although some were very smelly!!

And remember that Oyster Catcher I mentioned, the reason why they were being so noisy was because they had a chick – so the roof has been locked to keep them safe. The roof is covered in stones so its a great place for them. We did manage to get a little picture, how cute! Right, I best get back to the quarterly reporting and I’ll check in next week. Hope you have a good weekend. 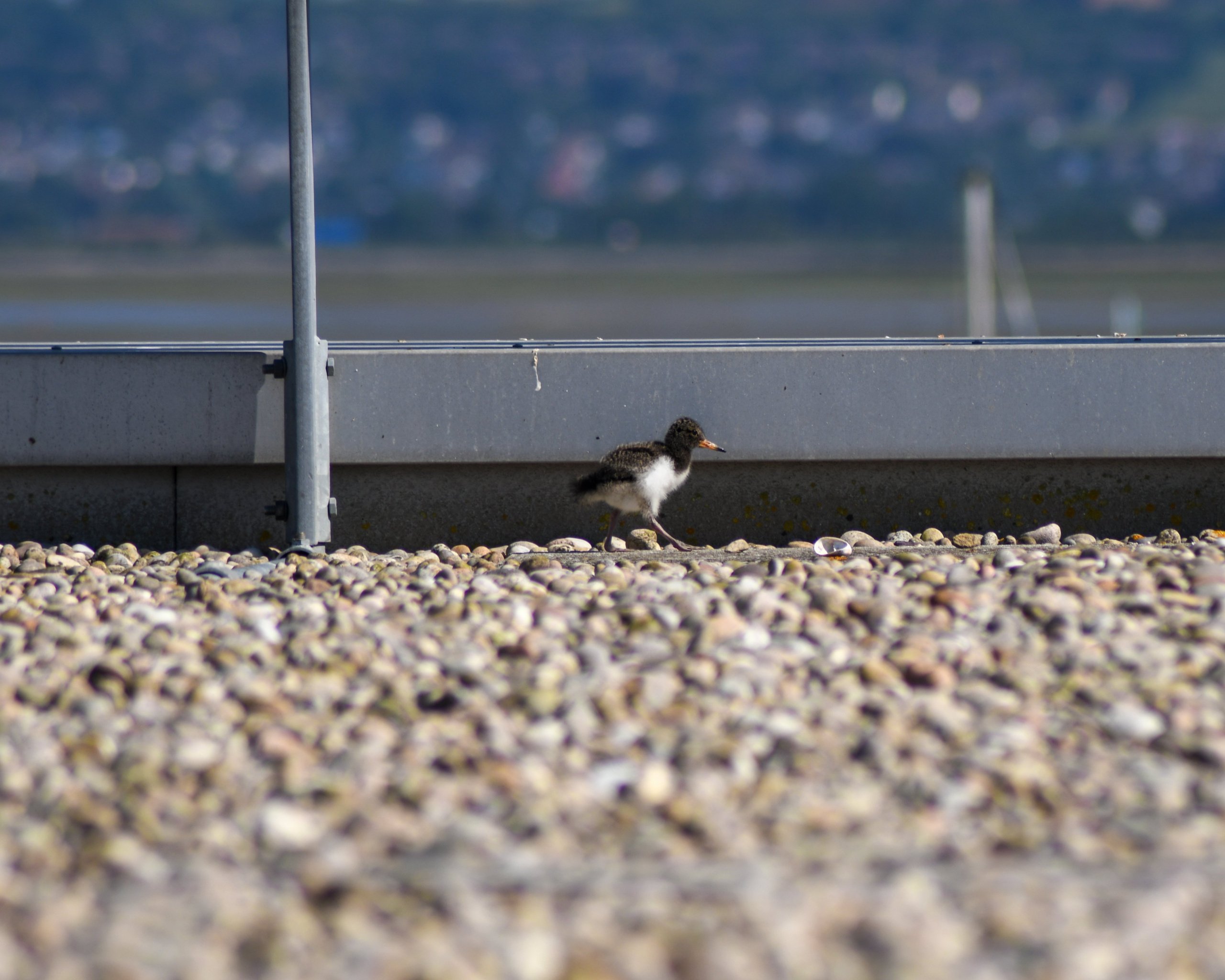 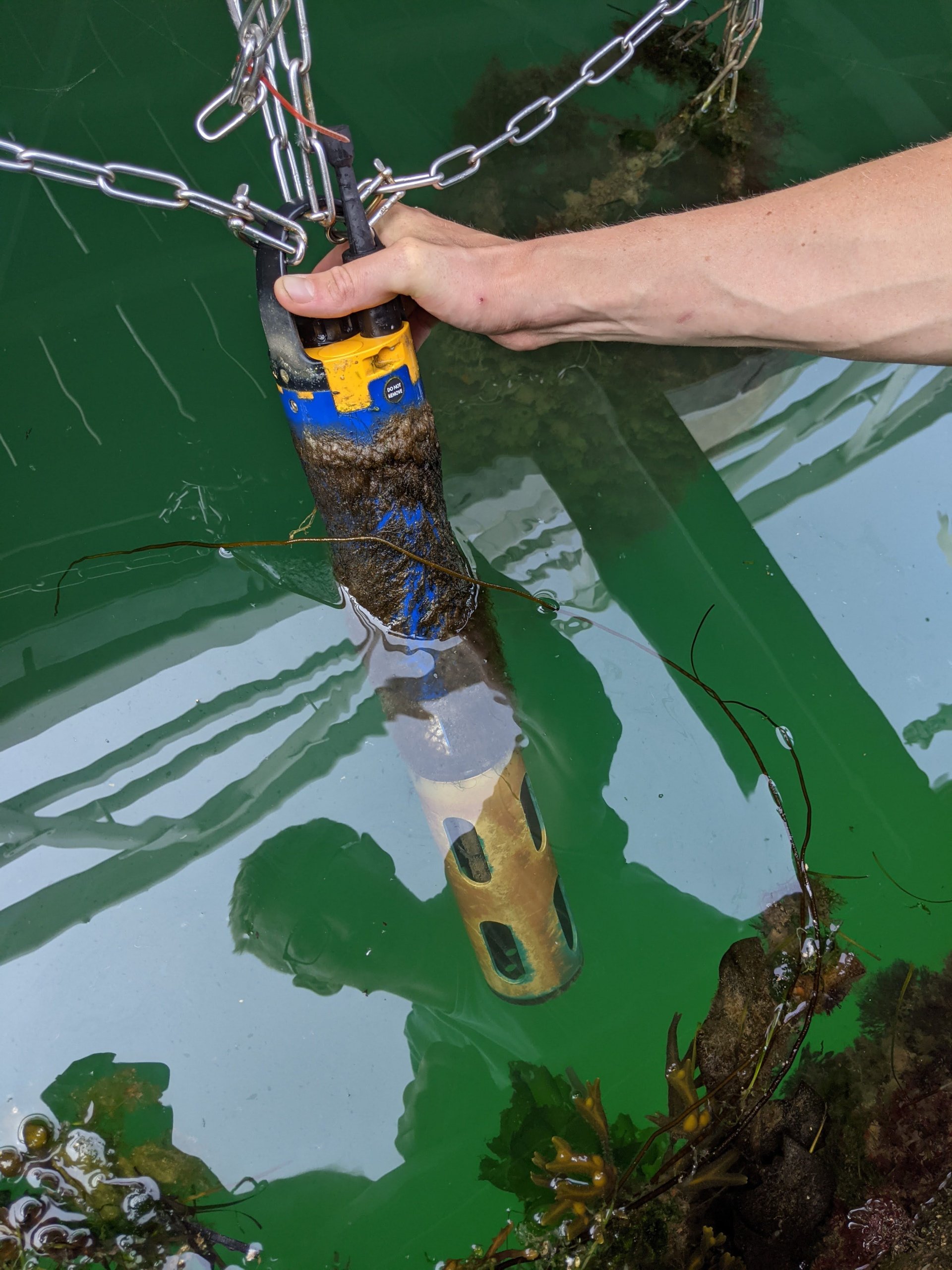 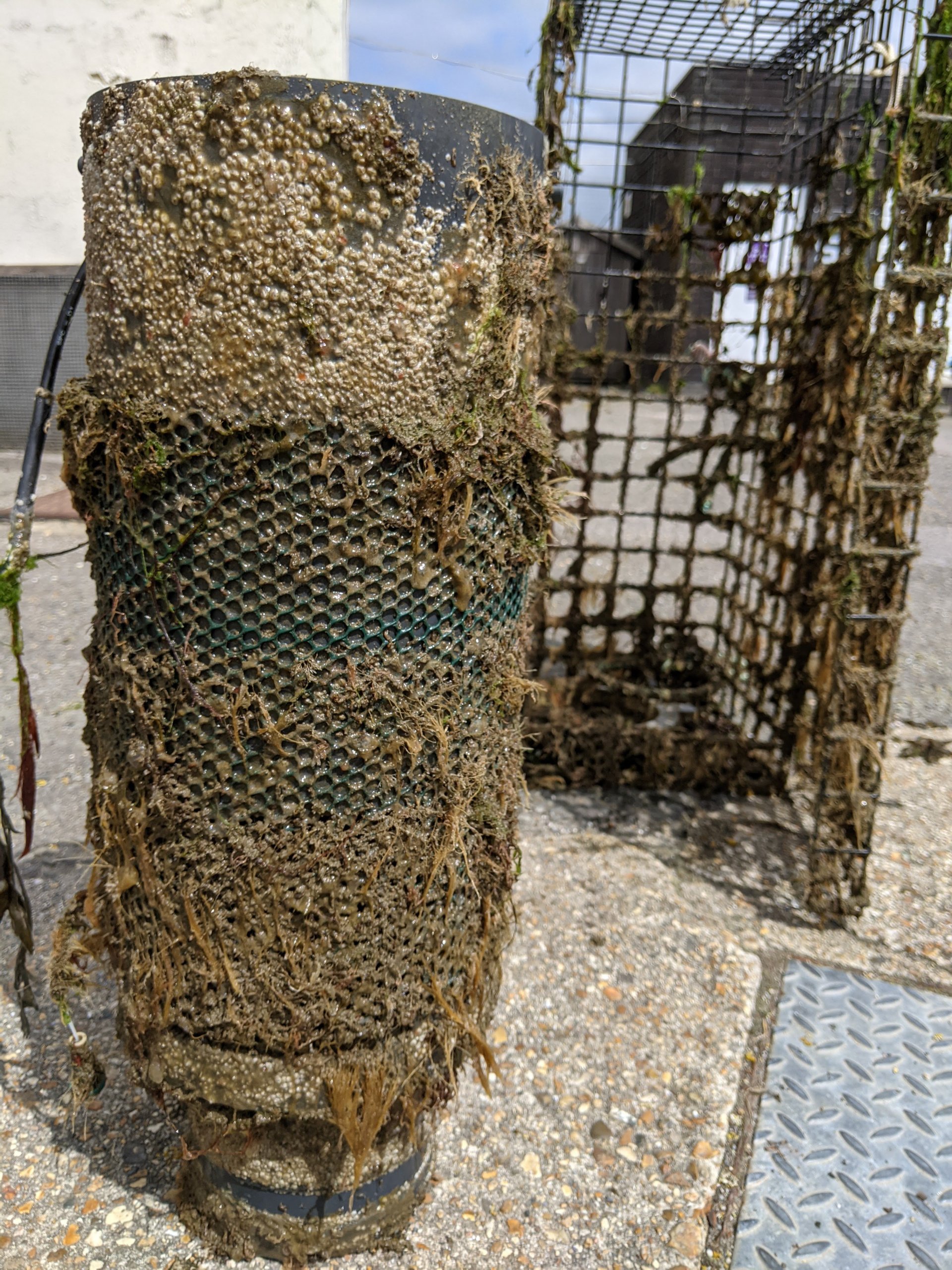 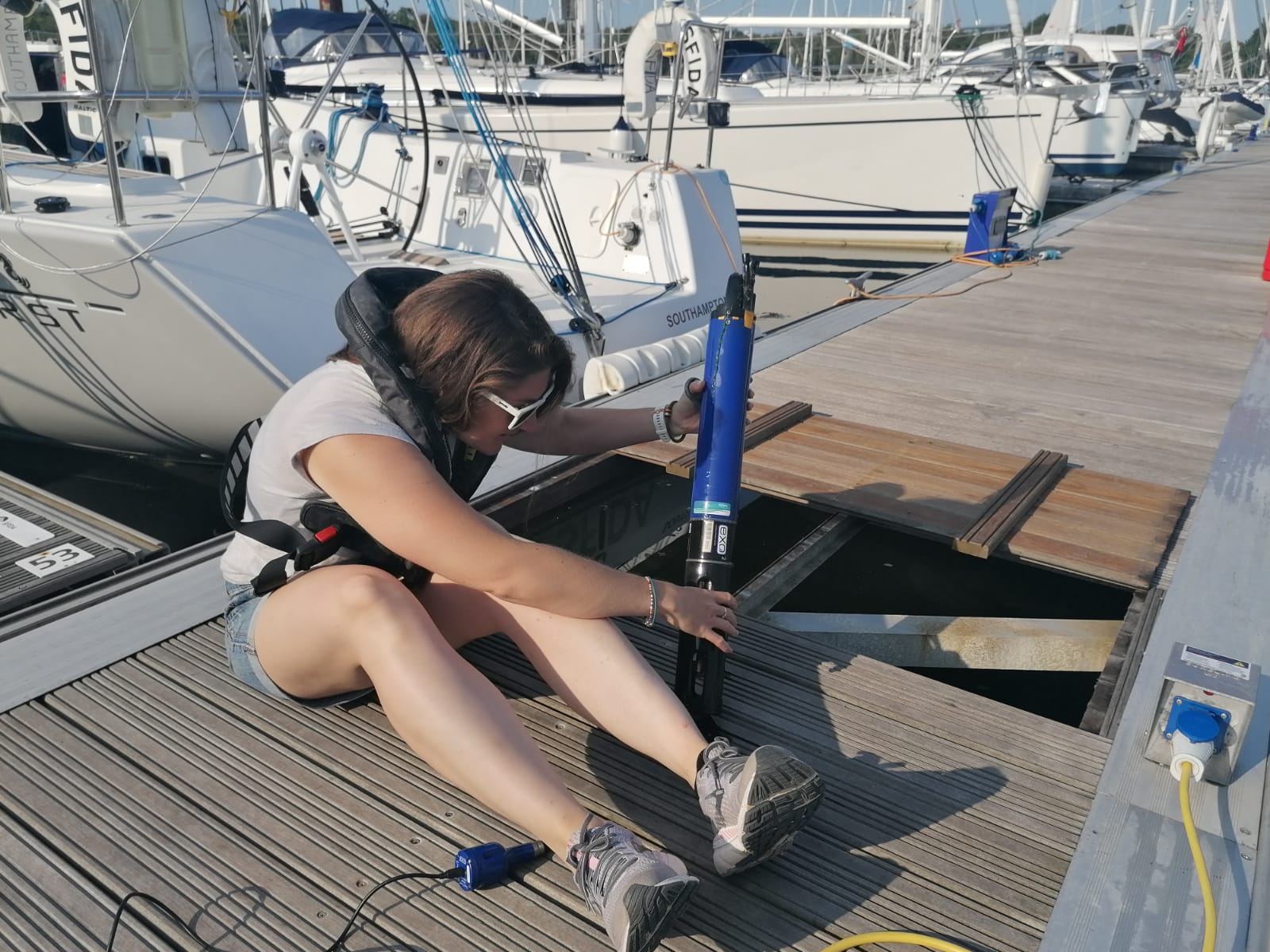 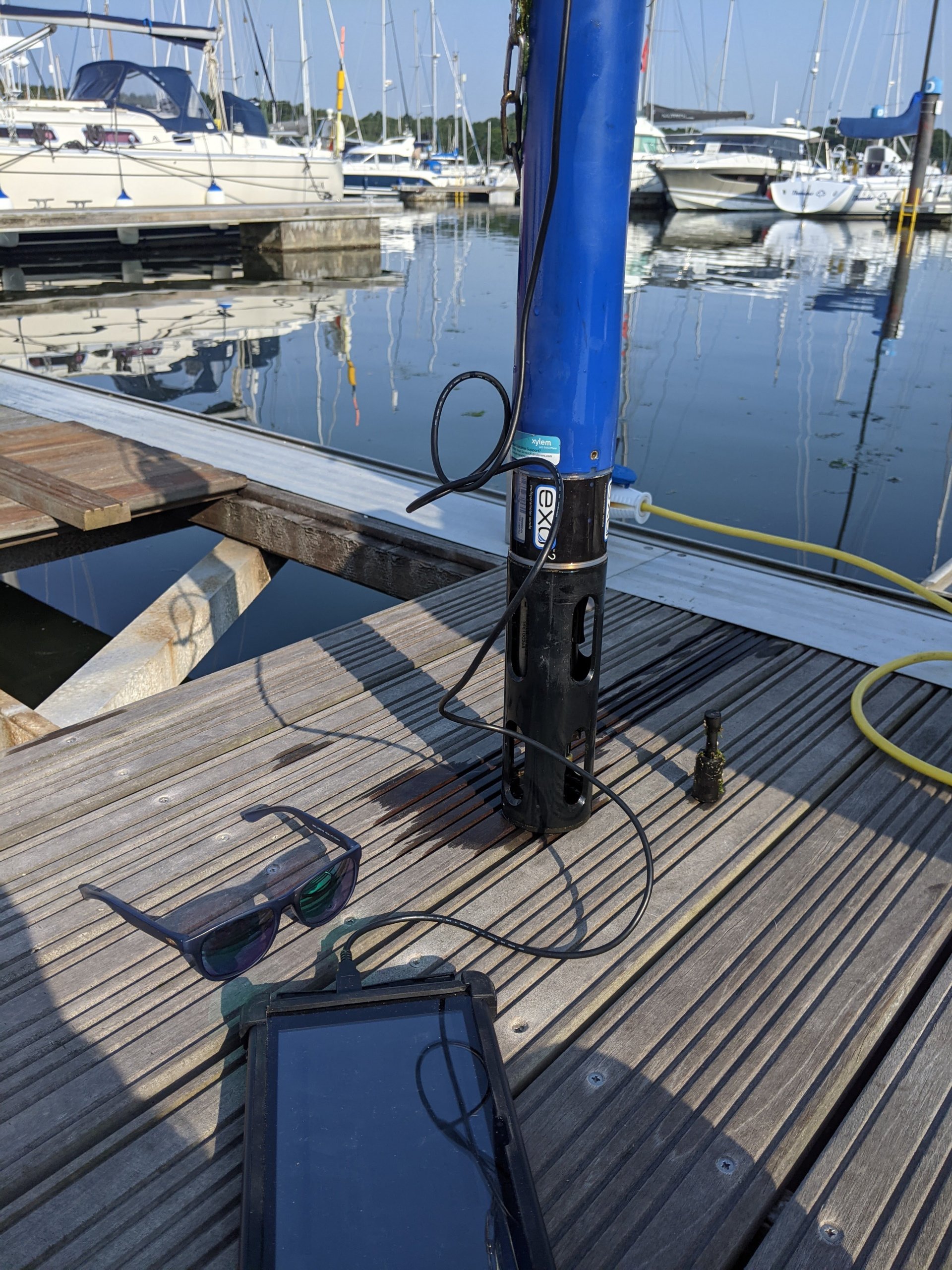 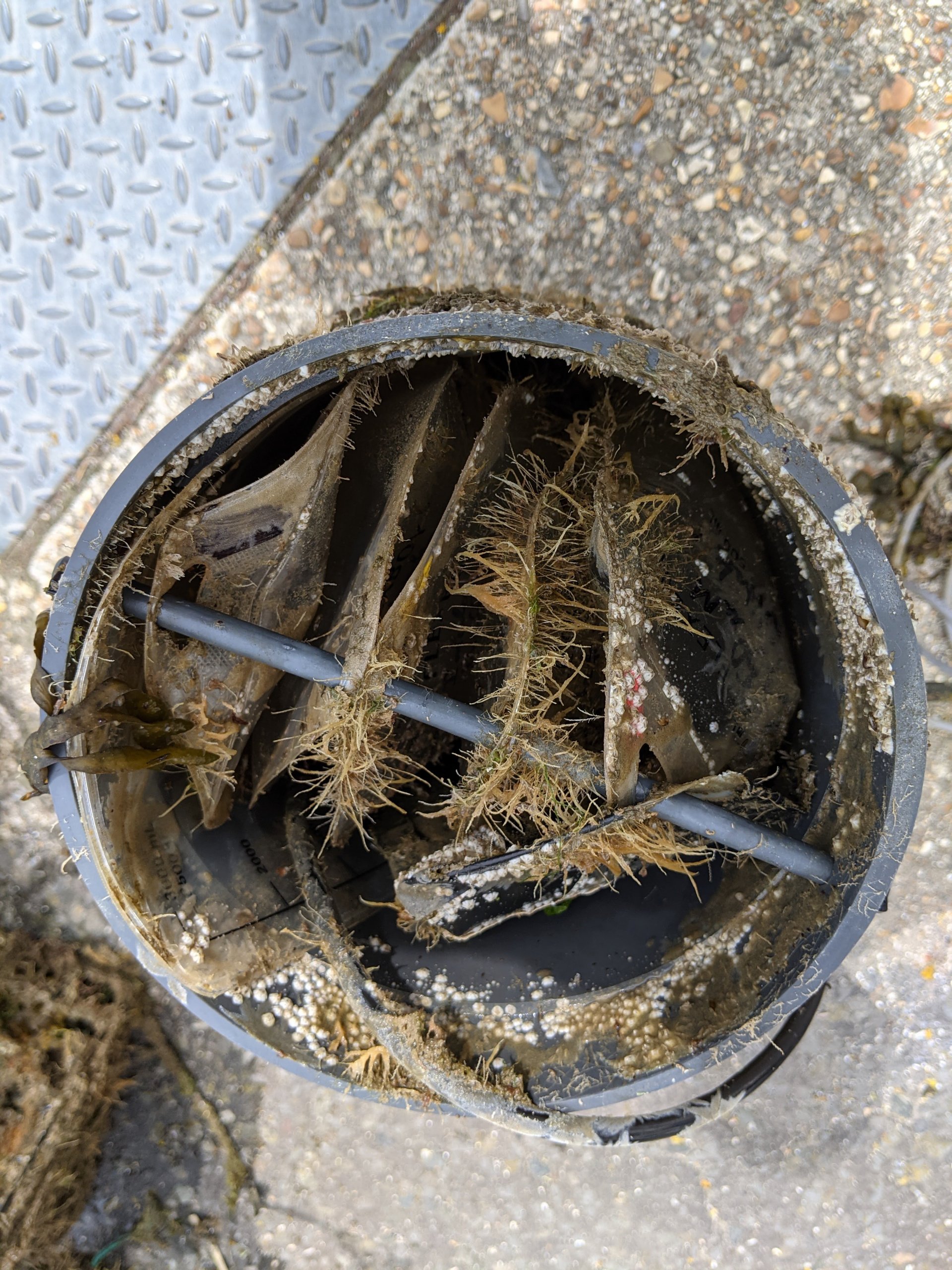 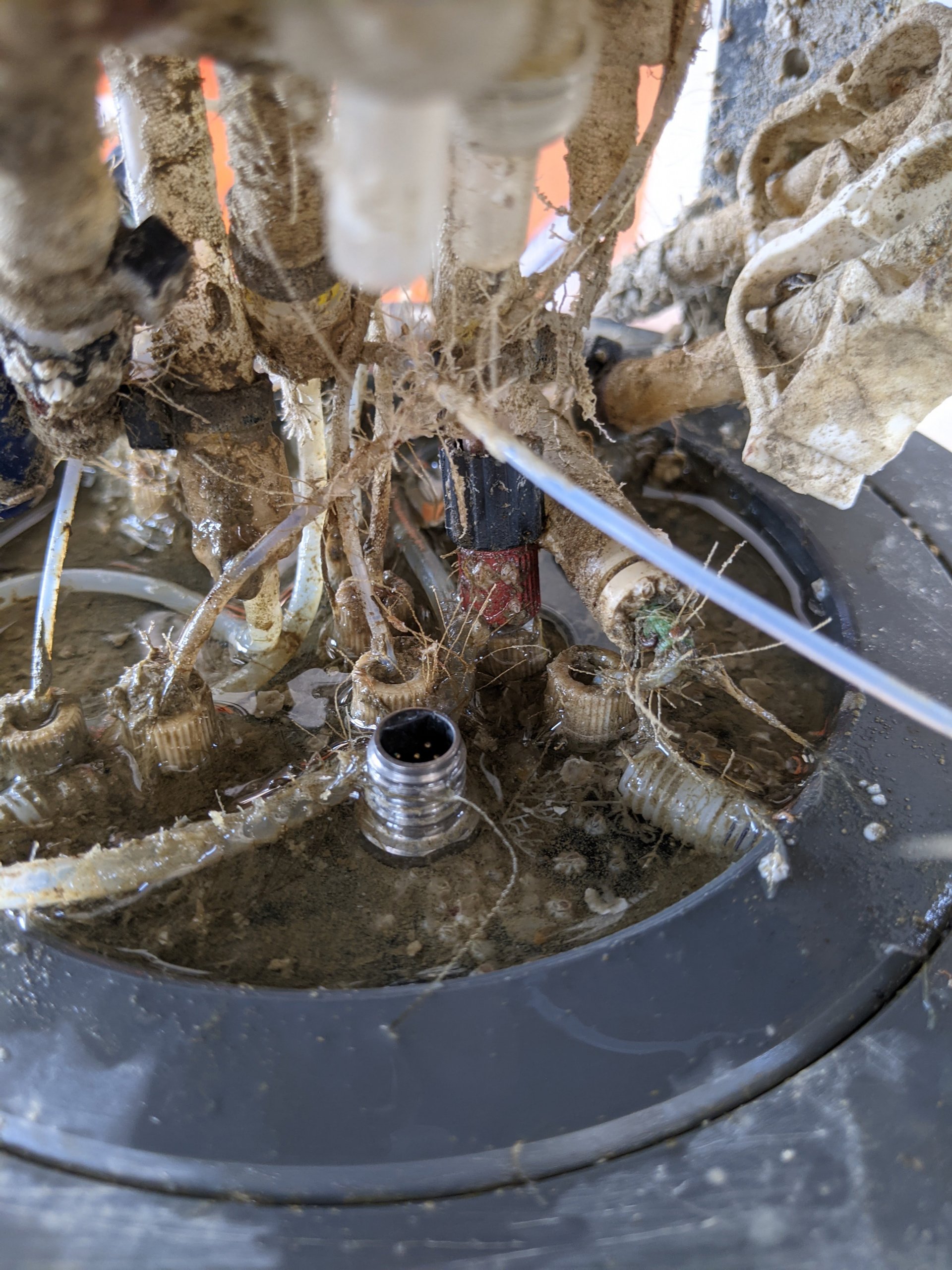